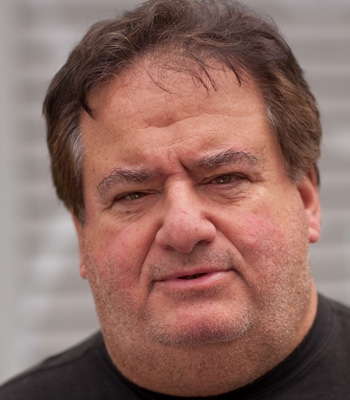 Martin Scorsese discovered Johnny “Roastbeef” in Rao’s Restaurant in East Harlem. Scorsese immediately cast Johnny in the eventual classic “GOODFELLAS” alongside Robert DeNiro. In fact, Scorcese was so impressed by Johnny’s handling of the role he renamed the character “ROASTBEEF”, in his honor.

With such initial success Johnny landed a role in the Orion Pictures “STATE OF GRACE” where he got to share his acting chops with such greats as Sean Penn and Gary Oldman. Johnny’s comedic magic was recognized by Andrew Bergman, who cast Johnny as fourth banana in the Castle Rock comedy classic “HONEYMOON IN VEGAS” opposite James Caan, Nicolas Cage, and Sarah Jessica Parker. Since then Johnny has proven his versatility as a feature film actor by playing a variety of roles, from gangster to auto mechanic with such talents as Billy Crystal, Jim Carrey, and Whoopi Goldberg.

Johnny’s recognition on screen has led him to many independent film projects, and he has worked with such talented directors in that area, namely Walter Hill, Marty Davidson, and Howard Duetch among others.

Film work led to television. Over the years Johnny has appeared in dramatic roles on shows like “LOIS AND CLARK”, NYPD BLUE (numerous times in different roles), and Steven Spielberg’s“HIGH INCIDENT”.   Johnny’s natural comedic qualities garnered him roles as a regular in Amy Heckerling’s pilot “NINETEEN”, for CBS, and guest stars on ABC’s “DHARMA AND GREG”, and “CHUCK”. Johnny also landed areccurring role on the hit comedy “LOVE AND MONEY” for CBS.Johnny has appeared in a variety of network movies, including ABC’s “THE CAROLYN WARMUS STORY”, opposite Virginia Madsen, James Garner, in a special “ROCKFORD FILES” MOW, and Tom Sizemore in NBC’s “WITNESS TO THE MOB”.

Along the way, Johnny’s been recognized with favorable reviews for his performances in stage productions on both coasts.

Johnny has written and produced a pilot for presentation as a comedy series, “MAMA AND SON”, and has written five feature film scripts as well.